The concert will be held at the Outing Club Indoor Facility in New London and it is free and open to the public. 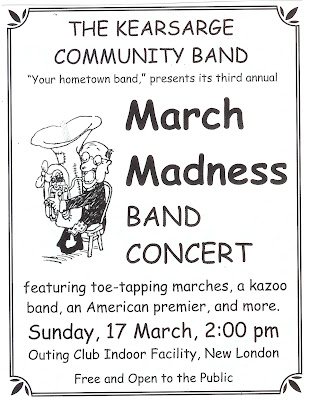