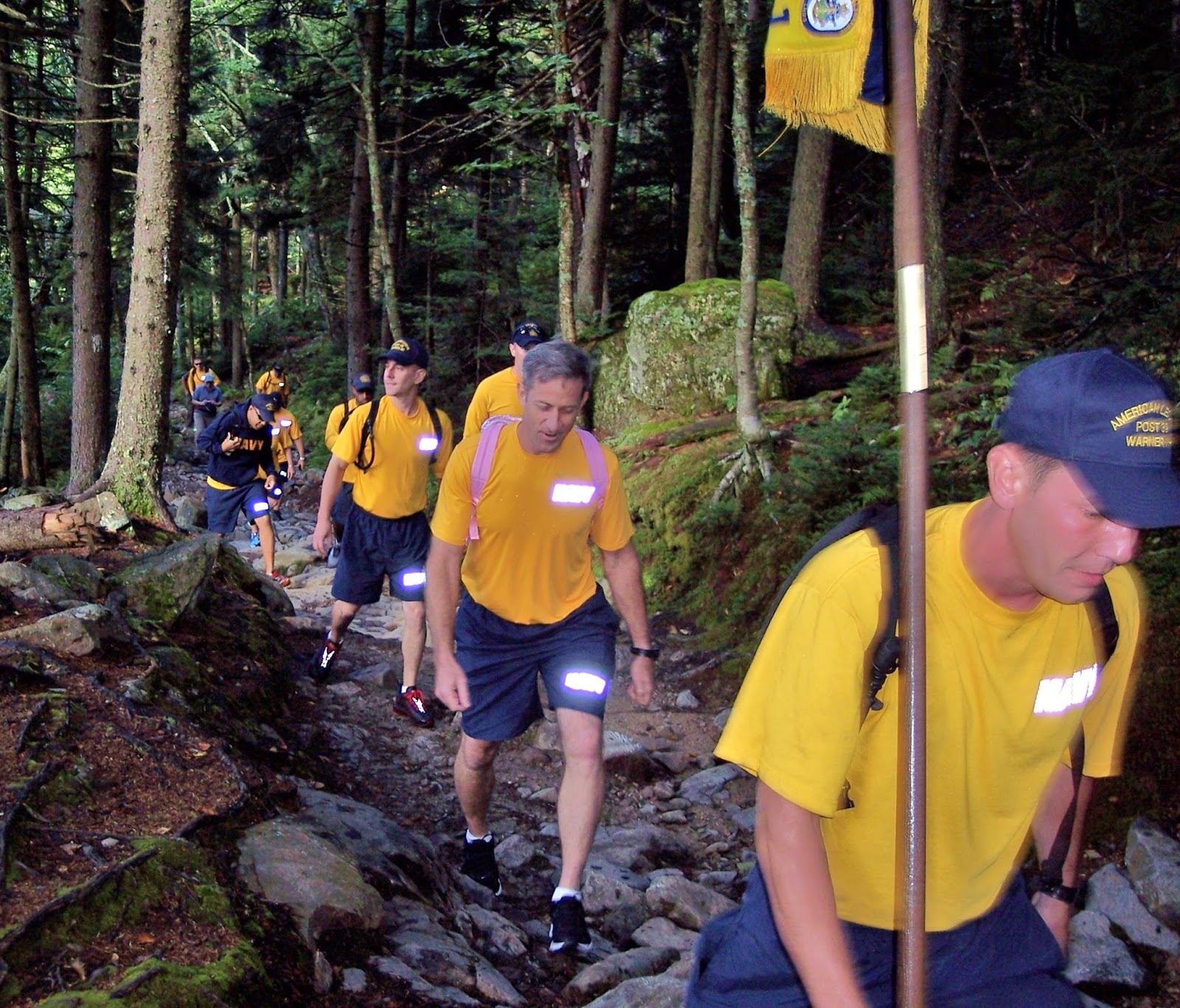 Warner, NH - September 11, 2014
A light fog slowly lifted from the summit of Mt. Kearsarge in Warner, as 20 sailors and others began their ascent. Crew members from the U.S. Navy ship, the USS Kearsarge, had traveled from their home port in Virginia to climb the mountain of their ship’s namesake. When they reached the top, they proudly flew their ship’s flag alongside the stars and stripes. The gusty wind slapped and billowed the flags and tried to steal the sailors’ caps.

After enjoying the panoramic view from the summit and the fire tower, the crew sure-footedly made their way down the mountain and spent the afternoon clearing brush from various overlooks to open up the vistas.

The townsfolk of Warner warmly welcomed the sailors with souvenir gift bags, tours and sumptuous meals. Nearly 100 people enjoyed a town-wide pot luck dinner and an opportunity to meet the crew. The after-dinner program consisted of an exchange of gifts and a slide presentation about the mountain and the ship. Meals for the sailors during their two-day visit were provided by the town’s selectmen, Sugar River Bank, local restaurants, Kearsarge Area Chamber of Commerce, and Warner’s American Legion Post 39.

“The visit went splendidly,” said Graham Gifford, president of the Kearsarge Area Chamber of Commerce and organizer of the event. “Everyone seemed to have a wonderful time, and the community was so friendly and inviting. They got a good sense that there‘s a lot going on in Warner. Many of these sailors were from large cities like Dallas, and they were impressed and pleasantly surprised by all we have in this town, like art, music, a bookstore, museums and restaurants.

The crew members left Warner with an oak sapling from the mountain, a proclamation of USS Kearsarge Day, souvenirs, photos and memories of their two days in New Hampshire. Town residents are grateful for the work the crew completed, the gift of the USS Kearsarge flag, and the joy of acquiring many new friends.

“It is incredibly impressive how a core group of people in Warner jump in with both feet to help out whenever the need arises. These are good solid citizens, who pulled this all together on short notice.“ Gifford said. 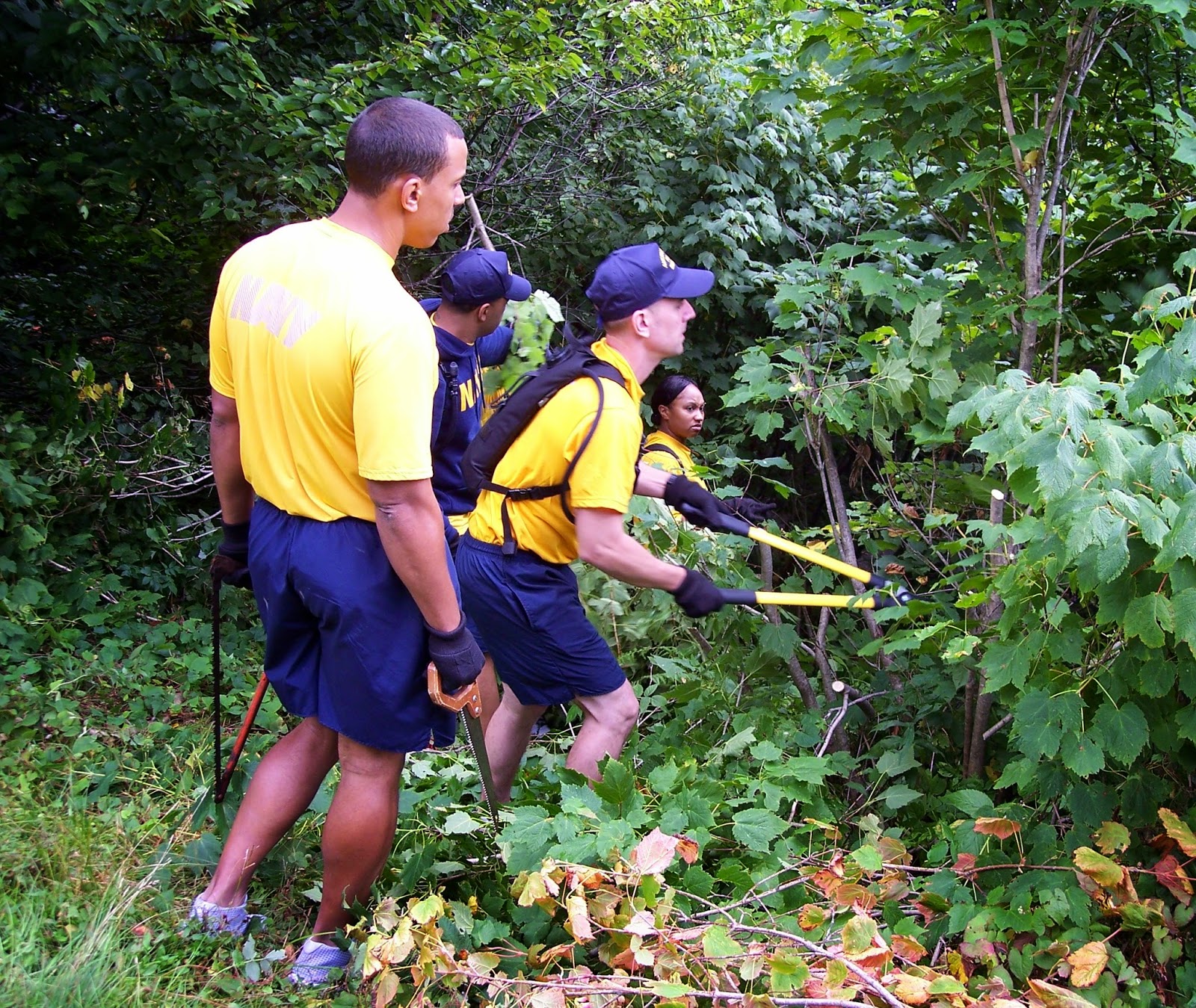 Posted by Sandy Steen Bartholomew at 10:50 AM